On 5-7 October, Tbilisi will host a drama workshop and a lecture on Polish Romanticism, which will be an introduction to the November performative reading of Adam Mickiewicz’s Part II of “Forefathers’ Eve.” Both events are organized by the Zbigniew Raszewski Theatre Institute and Shota Rustaveli Theatre and Film State University as part of the Adam Mickiewicz Institute’s programme entitled: “44 x Mickiewicz.”

“Forefathers’ Eve in Tbilisi” is a part of a large-scale project aiming to popularize Polish romantic literature abroad. It is the first time that Mickiewicz’s drama poem in its entirety will be translated into Georgian language. The Georgian translator of Polish literature, Keti Kantaria, will work together with the poet Ana Kopaliani to create a new text, which will provide the basis for the work of Georgian theatrical artists.

One year ago, as Giorgi Shalutashvili, the dean of the Shota Rustaveli Theatre and Film State University and I celebrated toasts together, it occurred to us that we don’t… really know each other. Following a discussion, we decided to work together on a bold artistic project that seemingly begged to be produced – a presentation of Adam Mickiewicz’s “Forefathers’ Eve” in Georgian language. At first, this supreme piece of Romantic drama had to be translated into the language of our Caucasian brothers, then published, and finally – we could go about directing the spectacle. This fascinating adventure has just begun. Keti Kantaria, the author of translations of Schulz, Gombrowicz and Witkacy, translated Mickiewicz’s poem and Ana Kopaliani, one of the most respected contemporary Georgian poets, dared to turn this into poetry. The performance will be directed by Andro Enukidze, one of the best Georgian theatre directors known to Polish audiences and an expert in Polish theatre.

— Prof. Artur Grabowski, the originator of the project

In October 2022 – before stage work begins – scholars of Polish Romanticism will conduct thematic workshops for artists and students of the Shota Rustaveli Theatre and Film State University in Tbilisi. This will help them to better understand Mickiewicz’s work and the contexts hidden beyond the textual layer, including: Polish folk religiosity, Catholic liturgy and mystery plays, Slavic rituals, Eastern European mythology and fairy tales, iconography from the period of Polish Romanticism. Participants will also learn biographical details about the author that influenced the creation of the poem. These workshops and work on the text will be documented and videos will be made available once the project is concluded. The workshop will be led by prof. Artur Grabowski and prof. Marek Troszyński.

Rituals and ceremonies such as “Forefathers’ Eve” are part of the national identity of different nations.
Indeed, it is impossible to think that there may be a community that wouldn’t want to ask – not even once, especially during times of historical or existential turmoil – its ancestors about where their national unity comes from and what mistakes they might have made, since the present is, to put it mildly, hardly interesting. Georgia is no exception. For example, in Svanetia, we asked our ancestors about similar things more than once. Their answers did not always bring us hope – and they were almost the same as the ones in Adam Mickiewicz’s timeless work.

The project is realized as part of the Adam Mickiewicz Institute’s “44 x Mickiewicz” Programme, the aim of which is to revisit the contribution of Polish art, music, and literature to European culture, to reactivate Romantic ideas and address the unique elements of Polish Romanticism, as well as look at 19th-century culture from today’s perspective.

The project is co-organized by the Zbigniew Raszewski Theatre Institute, Adam Mickiewicz Institute, and Shota Rustaveli Theatre and Film State University in Tbilisi.

Zbigniew Raszewski Theatre Institute contributes to the public debate about contemporary Polish theatre, broadens the perspectives of the accompanying scientific reflection, and supports research and educational activities. It runs the largest online service devoted entirely to the Polish theatre (www.e-teatr.pl), an online encyclopaedia of the Polish theatre (www.encyklopediateatru.pl), a specialist PROSPERO Bookshop (www.prospero.e-teatr.pl), and its own publishing house. The Institute also houses the largest thematic archive in Poland, featuring documentation of contemporary theatre. Users can access a vast collection of press articles, reviews, photographs, theatre programmes, playbills, posters, and documents relating to the activities of individual theatres. Many digitized documents are available on the websites e-teatr.pl and encyklopediateatru.pl.

Shota Rustaveli Theatre and Film State University educates theatre, film, and TV actors and directors, theatre and film critics, art historians, choreographers, and experts in the cultural and educational sector. It runs the popular D. Aleksidze Theatre, frequently visited by Georgian audiences. The theatre will host the jointly produced project – a performative reading of the 2nd part of Adam Mickiewicz’s “Forefathers’ Eve.” The University also boasts libraries and an academic institute that publishes encyclopaedias of Georgian theatre and cinema. 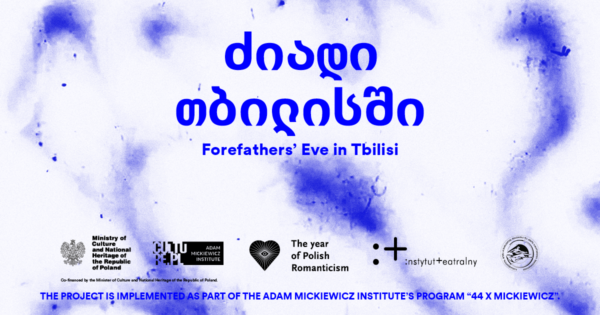 “Forefathers’ Eve in Tbilisi” is a part of a large-scale project aiming...
opublikowano 15 listopada 2022 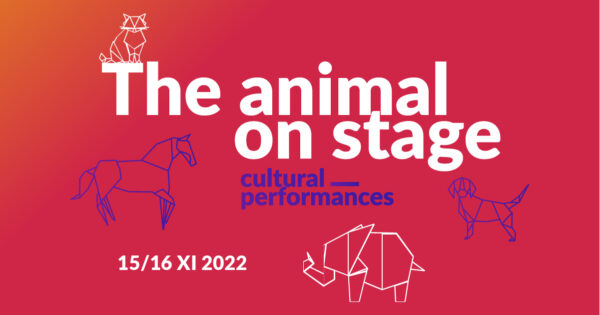 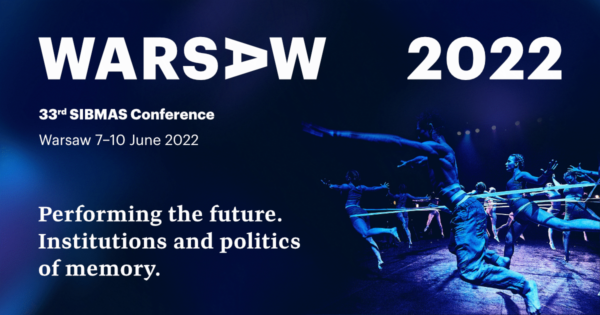 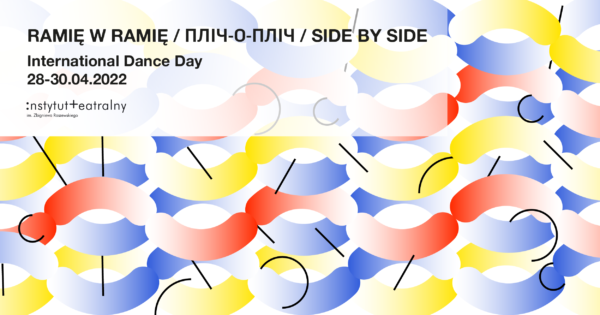 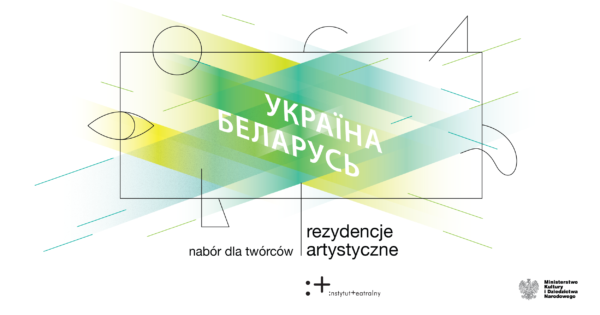