ABOUT THE THEATRE INSTITUTE

The Zbigniew Raszewski Theatre Institute was established in 2003. It is located in the centre of Warsaw – at 1 Jazdów Street, in the former 7th Pavilion of the Surgical Ward of the Ujazdowski Hospital, built in 1905.

We document Polish theatrical life acting for the sake of the development of theatre culture – we support public debate about native theatre, broaden research perspectives, and coordinate educational and advocating activities. The Institute houses the only specialist bookstore in Poland entirely dedicated to theatre. Our institution runs its own publishing house, theme websites, and ones addressed to non-Polish speakers – the most comprehensive portal for gathering knowledge about contemporary native theatre life. There is also the online Encyclopedia of the Polish Theatre, a compendium of knowledge and expertise about its history and is also the most voluminous website of this type in the world.

The foundation’s patron is Professor Zbigniew Raszewski – a scholar and man of the theatre, a versatile humanist, a teacher who made his knowledge of theatre an autonomous science, and one of the most outstanding scholars in recent years history of Polish culture.

The Barbara Krasnodębska Theatre Documentation Studio, operating at the Institute since 2003, houses the most extensive theatre archives in Poland. There is a vast collection of press articles, reviews, photos, theatre programs, posters, and documents related to the activities of individual stages across the country at the disposal of all interested parties.

In the :+ Reading Room, you can browse for free the comprehensive collection of the Library, specialising in the collection of Polish and foreign-language literature relevant to theatre and interrelated arts, such as dance, film, music, and circus art.

The Institute is open for meetings, discussions, conferences, workshops and educational activities, film screenings, performances, art installations, exhibitions, and festivals. The finals of competitions run by the institution and celebratory occasions central to the theatre community are also organised here. About 150 various events occur annually in Jazdów, and several hundred thousand viewers participate in the projects carried out by the Institute – at the headquarters and throughout the country, including regions with difficult access to culture.

In recent years, which have brought the most significant social challenges in decades, the Institute has expanded many areas of activity. This was a response to the current needs of the artistic and academic communities that constitute the theatre ecosystem in Poland and Central and Eastern Europe. Around our institution, we gathered a diverse group of experts and representatives of theatrical professional circles, which led us to take effective initiatives – including legislative ones – to protect Polish theatre and its makers against the effects of the COVID-19 pandemic. The result of these activities was, among others, the founding of the Culture Support Fund, under which PLN 400 million was allocated to compensate losses that resulted from COVID-19 for artistic institutions, non-governmental organisations and entrepreneurs managing cultural activities in the realms of theatre, music, or dance. We also made ad hoc efforts to help artists – on the creative, financial, and psychological grounds. We have launched support and residence programs for representatives of theatrical professions from Belarus and Ukraine, affected by the migration and refugee crisis. Activities that integrate and strengthen the theatre communities of Poland, Ukraine, and Belarus remain the priorities of our efforts in the coming months.

The Institute constantly studies the needs and social moods of the groups it operates for. In the last two years, we have undertaken several research initiatives that have allowed us to depict the state of theatre life in the era and after the COVID-19 pandemic. For many months, seven interdisciplinary teams monitored the changes taking place in it. As a result, a series of unique reports were created, analysing the effects of the pandemic on a multilateral basis for the entire theatre ecosystem: from theatre institutions and organisations to their employees, artists, and the audience.

The first director of the Theater Institute was Maciej Nowak. From 2014-to 2018, the institution was managed by Dorota Buchwald. On November 1st, 2019, Elżbieta Wrotnowska-Gmyz was appointed the director.

THE SEAT OF THE INSTITUTE

The Zbigniew Raszewski Theater Institute is located in the former Pavilion of the 7th Surgical Department of the Ujazdowski Hospital in Warsaw, established in 1905 as a surgical department. There was an operating room in the present entrance hall. Pioneering thoracoplasty procedures used in treating pulmonary tuberculosis were performed at the Ujazdowski Hospital. These procedures were accompanied by blood transfusions directly from one patient to another, preceded by a crossmatch for the compatibility of blood groups. Pavilion 7, which houses the Theater Institute, was intended for the officer corps. In the adjacent Pavilion 6, now sheltering the special collections of the Central Medical Library, soldiers were treated. The Warsaw Uprising wrote a dramatic page in the history of the Ujazdowski Hospital. Under gunfire by the Germans, it provided medical aid to insurgents, civilians, and prisoners of war.

After 1945, Pavilion 7, not demolished during the war, was used by the capital’s reconstruction offices, then – the Museum of the History of the Polish Revolutionary Movement (until 1991). At that time, the Pavilion also experienced its theatrical initiation: in the 1979/80 season, Teatr na Rozdrożu had its stage in the present Rehearsal Room. It was here that Jacek Kaczmarski and Przemysław Gintrowski introduced themselves to a broader audience, and it was here that the first performance of their legendary “Walls” song took place. Their enthusiastic reception by the audience prompted the authorities to close the theatre suddenly. From 1991, Pavilion 7 housed the National Center for Research and Documentation of Historical Monuments.

In 2004, the pavilion was handed to the Zbigniew Raszewski Theater Institute. The concept of the reconstruction of Pavilion 7, implemented in 2005-2006 with the Ministry of Culture and National Heritage funds, was developed by Prof. Arch. Stanisław Fiszer, construction design – Arch. Stefan Żółtowski, interior design was designed by Karolina Benoit and Monika Pęcikiewicz.

Zbigniew Raszewski was one of the most outstanding scholars in the modern history of Polish culture. He wrote books that can be called milestones in the history of knowledge about theatre and the science he created.

He completed his Polish studies in 1949 at the University of Poznan, where he also obtained a doctorate in 1951. Until 1953 he worked as an assistant to professor Zygmunt Szweykowski, an essential authority for the young scientist. Leon Schiller then accepted him into the Theatre Unit of the State Institute of Art of the Polish Academy of Sciences Warsaw. He was associated with this institution first as an associate professor and then as a professor until the end of his life. From the beginning, he started working in the editorial office of „Pamiętnik Teatralny”, becoming its editor-in-chief eventually. He edited 36 years of this journal (from 1956 on with Bohdan Korzeniewski), making it one of the most exciting periodicals of this type in Europe. The editor’s main goal was to collect and organise knowledge about theatre in Poland. 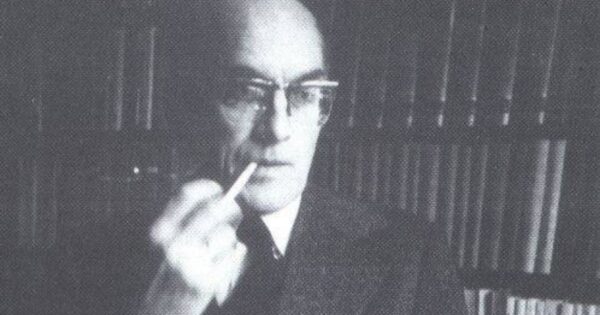 The scope of Zbigniew Raszewski’s interests was enormous. He researched the history of Polish theatre from the Middle Ages (Antiquatedness and the progress of time, PIW, Warsaw 1963) to the present (Dejmek „Pamiętnik Teatralny” 1981, issue 3-4 1981), from the history and theory of drama (Theatrical score „Pamiętnik Teatralny” 1958, issues 3-4) to the idea of a theatre show (Theatre in the world of spectacles, Krąg, Warsaw 1991), from stage architecture to acting and directing. He wrote monographs and syntheses, sketches, contributions, reviews, and notes. The most significant effect of the research he conducted over many years was two fundamental works that strengthened the position of knowledge about theatre as a separate field of science. The first is a two-volume biography of the father of the Polish national stage, Wojciech Bogusławski (Bogusławski, PIW, Warsaw 1972), and the second is A Short History of Polish Theatre (PIW, Warsaw 1977) – a comprehensive, fundamental presentation of the history of the native stage from its beginnings to 1939.

Apart from conducting his research, Zbigniew Raszewski initiated and inspired collective works. From 1968 to 1984, he chaired the editorial position of the Biographical Dictionary of Polish Theatre. For several years he was the head of the theatre department of the Great Universal Encyclopedia of PWN. He also wrote and developed many entries for foreign dictionaries and encyclopedias.

Zbigniew Raszewski combined his research and editorial work with teaching practice, which he liked very much. In 1957-58 he led a private doctoral seminar, and in 1971-73 and 1977-90, he regularly lectured at the Warsaw drama school and as a guest at many Polish universities.

He was a scholar in the fundamental sense of the word. He was interested in theatre and the world in general, serious, and seemingly trivial things, but giving these serious ones „flavour” and „colour” – as he explained it to his students. For several dozen years, he kept the Raptularz, a journal in which he combined diary notes with scientific essays, newspaper clippings, quotes, and records of conversations with passersby. 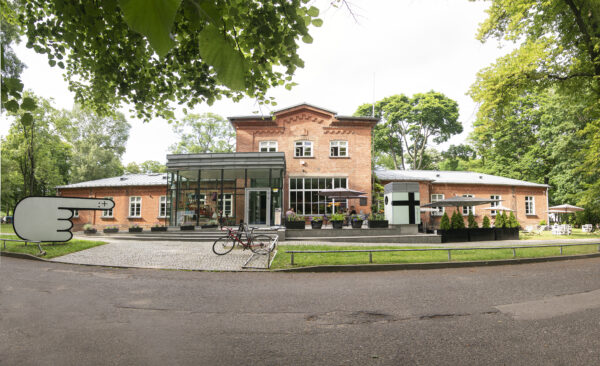