The studio, Pracownia, is the most prominent thematic theatre archive in Poland; for over 50 years collecting various keepsakes and testimonies of Polish theatrical life – both the most current and historical. It is a living archive where materials related to the activities of all stages (drama, music, puppet, alternative) and individual artists (actors, directors, set designers, composers, dancers, choreographers) are brought in every day. The primary documentary resource consists of: reviews, interviews, texts about theatre and authors from the national press (not only of the industry), press articles on artistic education, art institutions, theatre festivals, guest performances of foreign theatres in Poland; theatre programs; placards and posters; photos and negatives; archival registrations and recordings of spectacles and other material relating to the history of the theatre; festival catalogues and prints; set design projects; copies of drama pieces; museum items – costumes, masks, decorations, paintings, graphics, medals and decorations, statuettes and other keepsakes; documents, flyers, and publications.

From the beginning of the Laboratory’s existence, the collected analogue documentation was used to create manual files, which at the beginning of the 1990s have become the basis for the construction of proprietary databases. The largest of them, linked with each other, are: Database of Persons (containing information about artists related to Polish drama, music, dance and movement, puppet and alternative theatre, etc., it currently registers over 95,000 names, with varying degrees of completeness of data, date and place of birth, education, professional work, artistic career – a register of their all artistic achievements in the theatre, Television Theatre and Polish Radio Theatre, awards, honorary decorations, date of death, place of burial) and the Execution Database (registering all theatrical plays on drama, puppet and music stages, radio plays of the Polish Radio Theatre and Television Theatre performances, it currently has over 75,000 productions, the most complete is the list of those whose premieres took place after 1944, ultimately it will contain as most entire as possible – as far as it is possible to determine – data on all premieres since 1765, including the date and place of the premiere, names of producers and performers). The databases are systematically enclosed with the digital version of the documentation, as the analogue collection of the Studio has been systematically digitised for years.

Digital versions of source materials and databases created in the Studio are presented on the Encyclopedia of the Polish Theatre website. 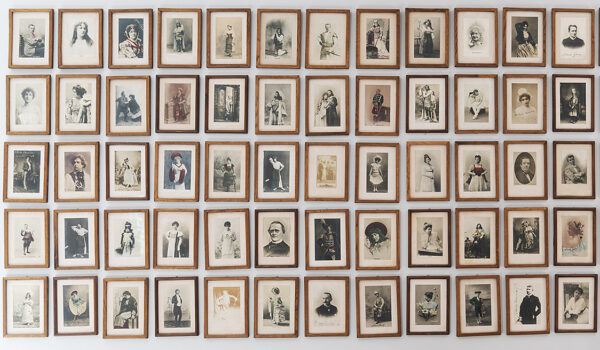 ENCYCLOPEDIA OF THE POLISH THEATRE

The largest theatre platform on the Internet, operating since 2015, helps build knowledge about Polish theatre. The ‘ETP’ is an open content portal that combines classically structured scientific publication elements and a thematic source website.

The encyclopedia includes subject entries regarding theatrical phenomena and terms, personal entries, i.e. a developed and supplemented lexicon of people associated with theatrical life, a register of premieres on Polish drama, music, puppet stages and selected non-institutional theatres, a calendar of events showing the history of Polish theatre on the timeline in the context of the history of theatre in the world and databases collecting information on the history of theatres and ensembles, Television Theatre, Polish Radio Theatre, theatre architecture, set design, critical writings, etc.

The encyclopedia is a platform and tool dedicated to sharing, extending, and correcting the scholarly community and any other individuals interested in theatre.

The founder and longtime manager of the Theater Documentation Department of the Association of Polish Stage Artists (in 2003, the Department became part of the Theater Institute, which was then being established).

All her professional life was associated with theatre documentation. In 1961, she started working at the Ministry of Culture and Art as a counsellor in the Theater and Music Group – Department of Dramatic Theaters. She was responsible for keeping a current repertoire archive and a referential professional book collection. In 1970, after an agreement between the two institutions, the pool was transferred to the headquarters of the Association of Polish Stage Artists, and Barbara Krasnodębska started building from scratch the largest contemporary theatre archive in Poland today. Everything was her idea – the principle of accumulating collections, the original cross-system of files, templates of documentation cards, press clippings archiving system.

For 27 years, she led the work of an expanding team dealing with ever new areas. She was able to use new techniques and technologies for documentation. She pioneered using electronic database systems and the Internet in documentary work. In 1991, card files were replaced with electronic mutations. In 1996 they were made available via the worldwide network.

Devoted to her job, she elevated the collecting work of documents to the rank of creative activity, initiating the making of books, articles, and other publications.